The project: AIS Transceiver (Receiver and Transponder).  Nowadays, you’re crazy to sail offshore without an AIS Transceiver – to see all vessels with AIS – including commercial traffic who are required to have it, AND to transmit out your own signal.

Aboard Hydroquest, we had an AIS Receiver-only built into our VHF Radio. It was great, but we had a few close calls with freighters who couldn’t see us at all (in a squall, and we didn’t show up on radar). So we know having the transponder is also important.

The considerations: Which one? And will we need to install another VHF antenna?

We love the idea of the *new* Standard Horizon GX6500 VHF Radio with built-in AIS Transceiver. We had a GX6500 on back order for the first half of 2017, but the release date kept being pushed back…

The outcome: In the end, we went with the available and less expensive option: the  Em-Trak Sailor package. It comes with:

We installed it in about one day… saving much time because NMEA wires were already run forward from our chartplotter to our VHF Radio. We were able to switch things around, and now those wires are used to send AIS NMEA data back to the chartplotter instead (at 38,400 baud).

The only downside of this Em-Trak set up is that it is seperate from our Icom VHF radio. It’s a great radio, but if we want to DSC a freighter that is bearing down on us, we would have to punch in their MMSI number to do so. Not a huge deal, but we loved the ease of having AIS info right on our VHF on Hydroquest. Oh well!

The Em-Trak Transceiver has a USB port that is now connected to our Redbox Router, so we can view AIS information wireless-ly on our devices. 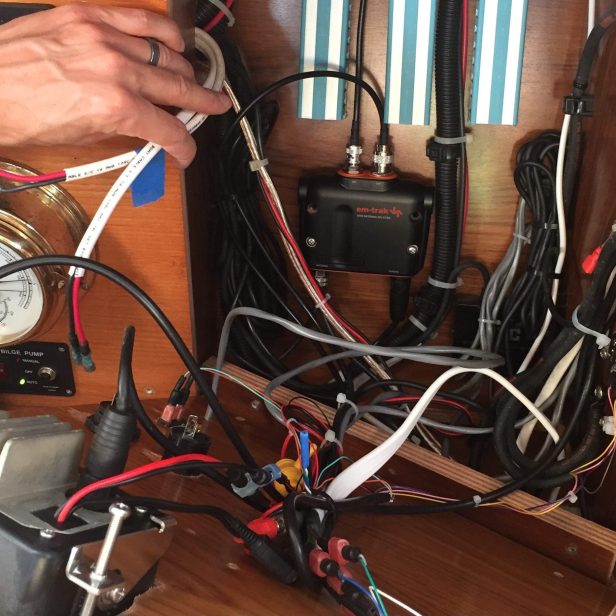 It’s all about the wiring 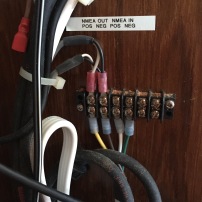 Behind the VHF Radio 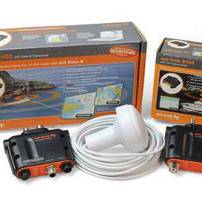